The Connecticut Economic Resource Center, Inc. (CERC) received a 2010 Silver Mercury Award in the category of Interactive Media from the Public Relations Society of America (PRSA) for the recently revamped CTSiteFinder.com, whose site layout was designed by Meriden-based Web Solutions.

Connecticut’s most comprehensive database of commercial and industrial property and economic data, SiteFinder is a key tool in assisting developers and brokers through the transaction process, resulting in successful deals that help grow businesses and jobs in Connecticut.

The latest version of the web site features improved aesthetics and functionality, more sophisticated location analysis tools, and integrated mapping functions. These upgrades allow users to easily discover the advantages of any location, such as detailed demographic information within a certain radius or drive time. 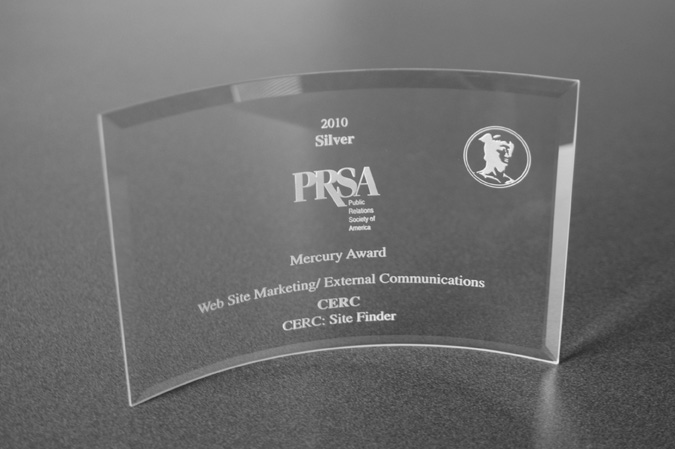 The site’s re-launch places Connecticut at the forefront of attracting business investment and potential new business growth. The site averages 9,000 searches per month and currently lists more than 3,500 available properties (more than 1,100 of which were added since the launch) – totaling nearly 13 million square feet of space and 2,300+ acres.

Over its history, SiteFinder has facilitated more than 600 successful real estate transactions, leading to the creation of thousands of jobs in Connecticut.

“We take great pride in being part of a project that continues to receive accolades,” said Tom Barton, Web Solutions Principal. “We have a long standing partnership with the team at CERC and we not only congratulate them on this award but salute their continued efforts to foster the state’s economic success.”

The Mercury Awards honor excellence in the public relations, communications and marketing professions.