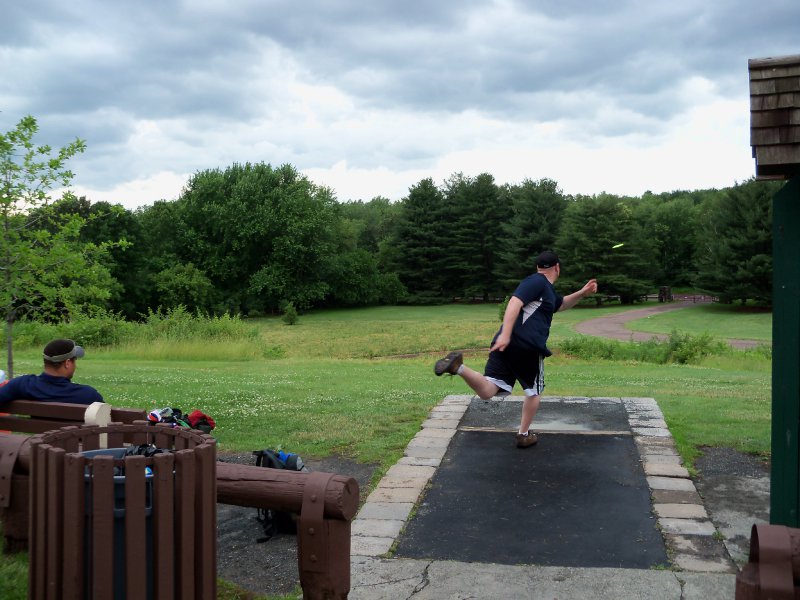 The two-day tournament, Saturday June 5th and Sunday June 6th, brought more than 180 players from throughout New England to Wickham Park in Manchester, Connecticut to vie for titles in advanced, intermediate, and recreational categories.

“We’re fully supportive of our employees’ passions inside and outside of the office,” said Tom, Web Solutions Principal. “Sponsoring this event was not only a great opportunity for us to give back to an employee who puts so much into the company year round, but also to build camaraderie among our team.”

As part of the company’s sponsorship, employees were given the opportunity to participate in the events recreational division and though no staff participants got near the podium, they had their eyes on a much bigger prize – the coveted title of King of the Office.

“Friendly competition is part of the culture here,” said Monica, Web Solutions Human Resources Professional. “From eating contests and go-kart racing to paintball and snowboarding, there’s always a challenge being put forth and no shortage of people willing to answer it.”

Though Sunday saw tornado warnings and a temporary stoppage of play, Justin answered the disc golf challenge for the second consecutive year. His 165 was good enough for a 4 stroke victory over Tom and Jonathan, the Web Solutions Championship and bragging rights for another year.

To learn more about the Amateur Challenge Tournament visit www.actdg.com.